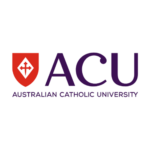 Australian Catholic University (ACU) is a public not-for-profit university funded by the Australian Government. It is open to students and staff of all beliefs. As a Catholic university, ACU engages in the Catholic intellectual tradition where faith and reason are compatible in education, and knowledge is cultivated in an environment that fosters intellectual freedom, personal development and equity for all. ACU’S Catholic identity is animated through a campus-wide commitment to serving others, developing an active learning community and fostering a just society. History – Australian Catholic University (ACU) was opened on 1 January 1991 following the amalgamation of four Catholic tertiary institutions in eastern Australia: Catholic College of Education Sydney in New South Wales Institute of Catholic Education in Victoria McAuley College of Queensland Signadou College of Education in the Australian Capital Territory. These institutions had their origins in the mid-1800s, when religious orders and institutes became involved in preparing teachers for Catholic schools and, later, nurses for Catholic hospitals. Through a series of amalgamations, relocations, transfers of responsibilities and diocesan initiatives, more than 20 historical entities have contributed to the creation of the University. The University is a member of the publicly-funded national system of Australian universities, the Association of Commonwealth Universities and the International Federation of Catholic Universities. The University’s Vice-Chancellor is a member of Universities Australia.