Cost Of Living In Australia For International Students 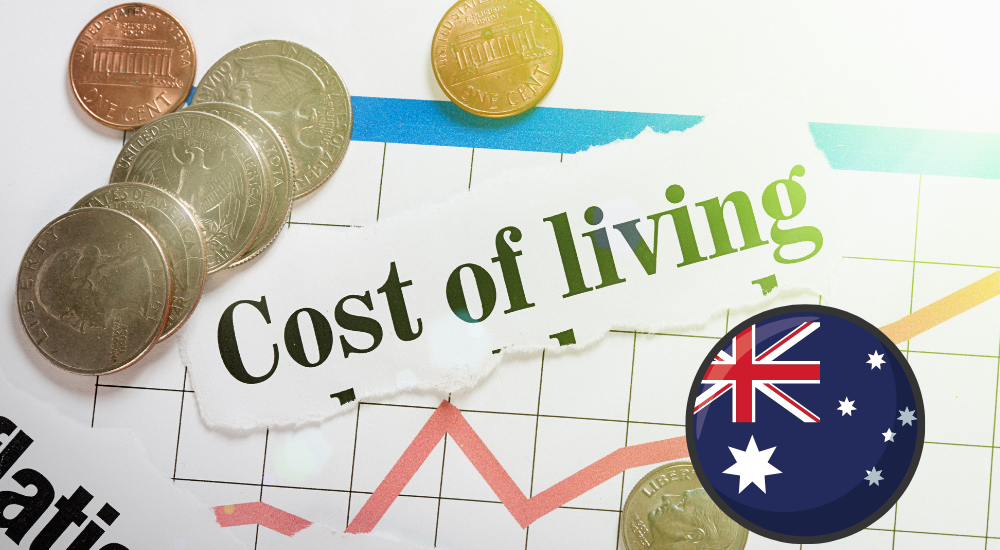 Students move to Australia for many reasons, but its lifestyle is the most alluring. The number of International students in Australia attending Australian universities has significantly increased in recent years, with many of their colleges ranking among the Top 100 in the world. However, the biggest question that arises is the cost of living in Australia.

Australia has lower average tuition costs than the United States, but its living costs are much lower. The cost, the quality of living, the variety of entertainment alternatives, and the increase in student income due to the relaxation of the requirements for an international student’s work permit have all contributed to the appeal of the country.

Cost Of Living In Australia

Both the Human Development Index and the Quality of Life Index place Australia among the top 10. Simply said, Australia is a developed country that ranks highly in the world for its educational system, GDP, and purchasing power parity indices. With high wages come high levels of health consciousness, an excellent healthcare system, and a politically stable economy.

But these are hardly the indicators that a student should be concerned about. What matters is the expenses in Australia that an international student might incur.  Here is a depiction of the cost of living in Australia for better understanding:

However, these numbers cover the fundamentals, which will change depending on the university you attend and your desired standard of life. If your university does not have a hostel option, which is rare, or if you prefer to live independently, you could end up paying between AUD 1000 and AUD 1750 for a one-room unit.

Additionally, the cost of entertainment can vary significantly. The monthly expenses can roughly correspond to your weekly expenses if you prefer to spend your weekends visiting the spectacular landscapes of the country.

Cost Of Living In Melbourne & Sydney

Australia is a massive country, expanding from one hemisphere to the other. However, for most international students, the popular destinations to study are Sydney & Melbourne. Sydney is known as one of the most expensive cities to live in across the world, so it goes without saying that cost of living in Sydney will be higher and international students should be aware of it.

Sydney is well-known for its cosmopolitan and diverse community, top-notch educational facilities and faculty, employment prospects, and breathtaking natural settings. Given these advantages, it is understandable why more than 1,000 international students choose to attend the city each year.

Sydney is the fourth most expensive city to rent in according to the Times Higher Education, with a weekly rent average of $450 AUD. According to Student Cities, living expenses for students in Australia typically range from 30 to 40 per cent for housing. The cost of living for students does not include tuition, which by itself can cost up to 30,000 Australian dollars annually.

Known for its vibrant life Melbourne is a door to explore the world of art and culture. This city takes the crown for being the best for international students and attracts more international students in Australia than in other cities. The cost of living in Melbourne can range anywhere between 400 and 500 Australian dollars a week. It is still a cheaper city compared to Sydney.

For a better perspective, here is an approx cost of living in Sydney and Melbourne:

Read about 5 Mistakes to avoid as International Student in Australia.

To know more about the cost of living in Australia, have a look at this detailed video.